← more from
Rave On Records 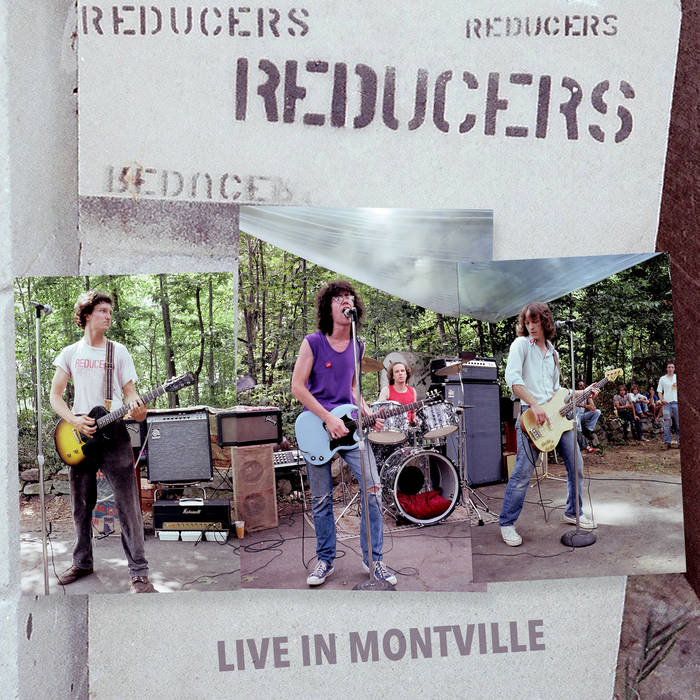 franorama61 Recorded 7/6/80 on a 90-minute tape on a boombox at an outdoor party, one of Connecticut's best bands (1978-2012) was a year from their first single and trying out originals to go with a very healthy playlist of covers. They had an energy and a sound few American bands possessed at the time. This scene would be repeated hundreds of times the next three decades: the energy raw, the beer flowing and the people dancing like maniacs. I so miss these guys.

Jeff Quamme Having listened to the cassette with John McDonald's brother Mark since the recording date, it's a joy to have this.
The music is great and I had forgotten how goddamn hilarious the peanut gallery is. Knowing Montville as I do, it makes the comments even funnier.
Thanks Peter, Hugh, Tom and Steve in the great El-N-Gee in the sky...and remember NEW LONDON HARDLY EVER DOES!
Jeff Quamme

“July 6, 1980, as I recall, was a cloudy, hot, muggy Sunday, the tail end of 4th of July weekend. We were close to two years old as a performing band, so we had some solid sets, and had worked out some of the kinks in our live act” says Hugh Birdsall (vocals/guitar). “We still hadn’t made any records, but we were trying to write our own songs.” Peter Detmold (vocals/guitar) adds, “All of our originals at the time are featured although some would soon disappear from our setlists.”

Sourced from a fan’s cassette recording, The Reducers Live In Montville is a lo-fi treat that presents 35 songs over 90 wild minutes. 11 of those songs are Reducers originals, including 3 previously unreleased original compositions - “BMW”, “Big Time in the Small Town” and “Chip on Your Shoulder”. All three songs make their official debut on Live in Montville.

Peter recalls, “At that time, we hadn’t set foot in a recording studio, and live gig cassettes were all we had to gauge our development” “And this one had the necessary sound, energy and response. The amount of cover material is an indication that we had only just started to write our own material.”

The set kicks off with a powerful take on Generation X’s “Ready Steady Go” and never lets up. Renditions of songs by pub and punk rock heroes abound, including those of Dr. Feelgood, Chris Spedding, The Clash, The Buzzcocks and The Undertones, along with amped-up renditions of ‘60s classics by Tommy James, Johnny Rivers and ? and The Mysterians.

The Reducers Live at Montville is 90 minutes of joyous rock and roll, a reflection of the spirit of an emerging band crafting their sound in a perfect environment.

Hugh Birdsall recalls, “The party’s host, John MacDonald was a friend of our bass player, Steve Kaika (bass/vocals). I didn’t know John very well, but I knew he was a very tough guy. There were lots of wild people there, bikers, punk rockers, a bunch of our friends, and some kegs of beer. So we were in our element.”

Peter adds, “There was always a lot of beer on hand at these Montville shows and things usually got pretty rowdy but there were no nearby neighbors and I don’t remember any cops ever showing up. I think that Joey Lee or someone climbed up in a centrally located tree and set up a boom box to record the show, crowd noise and all. The whole tape is a blast to listen to. I’m glad it survived.”

The Reducers
1978–2012
NEW LONDON, CT: The Reducers spent more than three decades resisting the fickle turns of popular taste, the musical fashion, and the temptations of the music-industry buzz that briefly threatened to turn them into the Next Big Thing. Instead, the band spontaneously moved forward on its own uncompromising terms, continuing to make brilliant, personally charged rock 'n' roll. ... more

Bandcamp Daily  your guide to the world of Bandcamp